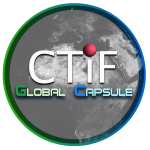 The world-leading pioneer in wireless technology turns 75. Ramjee Prasad, professor at Aarhus University in Herning and Knight of Dannebrog, has a lifelong interest in humanizing electronic and future technologies

When Ramjee Prasad was born in 1946 in India no one expected him to be one of the world’s leading professors and pioneers of wireless technology and telecommunication.

Since 2017 he has been professor at Aarhus University, Institute of Business and Technology (BTECH) in Herning, in a position entitled ‘Future Technologies for Business Ecosystem Innovation (FT4BI)’. This title is a concentrate and headline throughout Ramjee Prasad’s lifelong interest in merging electronic wireless engineering technology with human beings.

Ramjee Prasad is the Founder President of the worldwide organisation CTIF Global Capsule (CGC) and a Founder Chairman of the Global ICT Standardisation Forum of India, established in 2009.

In Herning Ramjee Prasad has established a Danish division of CGC together with his colleague, professor Peter Lindgren, BTECH, Aarhus University. CGC is a worldwide network for researchers and universities working with the future’s technologies.

Together they have introduced a new PhD program and supervision, introduced courses at the Master and PhD level as well as teaching. Ramjee Prasad has shared his long global teaching, research and administrative experiences with his collegues, initiated new projects, organized international conferences, participated in the global standardization of wireless technologies – namely ITU, ETSI and others.

With more than 50 years in research and academia Ramjee Prasad’s career goes around the world as a scientist, a leading author of more than 40 books, 1000+ scientific articles and 15+ patents, and as a supervisor of more than 300 PhD and Masters. Several of his students are today worldwide telecommunication leaders themselves.

He is also a member of a large number of associations of wireless technology. He is editor and founder of several journals focusing on telecommunication. He has received several prestigious international awards such as Telenor’s Resarch Award in 2005 for impressive merits, 2014 IEEE Aerospace and Electronic Systems Society (AESS) for Outstanding Organizational Leadership Award and many others. He has been Project Coordinator of several European Commision projects – namely, Magnet, Magnet Beyond, eWALL and so on.

Ramjee Prasad has dedicated his life to science and knowledge, as he has explained in an interview:

“I always believe in the fact that knowledge is the asset of society, and I am working from the grass-root level to enliven the idea.”

When he started as professor at Aarhus University in Herning he explained:

“While I have worked in research and academia for over 45 years, I am of the opinion that the technological research directions need overhauling.  Recently, I have conceived new dimensions in technology where a subject must be perceived holistically, comprehended, and realized the way it is perceived by humans at the far end. The concept has been termed ‘Knowledge Home’.”

Bridging the gap between human beings and technology

Ramjee Prasad has found a gap between technology and business. In other words: his life is dedicated to make technology holistic and humanistic.

Throughout his life, he has worked tirelessly to establish an understanding that technology and people belong together. Business is driven by a holistic understanding of the triangle – technology, innovation, and the perceiving subjects. In that perspective, Ramjee Prasad concludes:
“I found a significant gap between technology and business. A bridge has to be framed between the fields of technology and business to create a seamless link. Furthermore, academia, the business community and the standardization and regulatory bodies must work together for the benefit of the mankind. This made me decide to join Aarhus BSS at Aarhus University as it gives me the opportunity to work in such new directions.”

Ramjee Prasads cv is so long and impressive that it takes hours to get all the details. Ramjee Prasad graduated as PhD in 1979 (with a thesis of Plasma Propagation in Waveguide, Birla Institute of Technology, Mesra, Ranchi, India) and before that as M. Sc. in 1970 (Electronics Theory and Microwave Engineering) and in 1968 as B. Sc., (Electronics and Communications Engineering) at Bihar Institute of Technology, Sindri as well.

Ramjee is married to Jyoti Prasad who is the woman behind following her husband around the world. Jyoti graduated in Maths and Physics, and she is founder and CEO of Holding Company. Jyoti and Ramjee have three childen:

One girl (Neeli Prasad, 50); She is professor and co-founder-CTO of two Startups in Netherlands and USA. Lives in USA. Two boys: Anand Prasad (48); Partner, Deloitte  and founder & CEO of a startup. Lives in Japan. Rajeev Prasad (44); Founder and CEO of Publishing house. Lives in USA.

In his spare time Ramjee Prasad organizes meetings with cross- and multidisciplinary research colleagues discussing their ideas and approach. He participates in international conferences as keynote speaker, and he strengthens formal and informal networks. As he put it:

“I prefer building bonds not only with the premier institutions of the world, but also with the upcoming organizations which are not so well exposed to current scientific paradigm.”

Ramjee Prasad celebrates his 75th birthday informally at CGC – at the centre of research at Institute of Business and Technology, Aarhus University, together with close friends and colleagues.